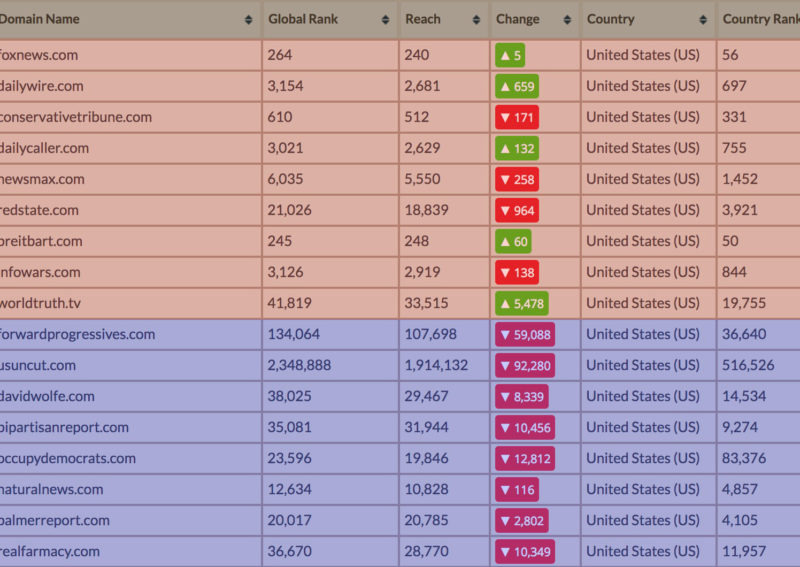 Blogger Vanessa Ortero created this infographic showing (predominantly US) news and politics media sources and their respective reliability and bias.

It’s an interesting infographic, but it doesn’t display just how extremist the “extreme right” is compared to the “extreme left”. Visually, one might get the impression that right-wing and left-wing are equally as good or as bad as each other.

Vanessa does note these limitations:

“I don’t mean to imply that there is an equal number of sites on the right and left, or that they have equal influence on public discourse or policy. I’m certain they are not, and statistics such as the ones you cite absolutely support that proposition. I also don’t assert that the various sites are equal, quantitatively, in their level of extremism or misinformation. This chart is not to scale on such quantitative measures; Infowars stands out as an example, and is quite a bit worse than its nearest-ranked neighbors. Such are the limitations of a visual graph. I understand people may have an impression that I am trying to imply equality between the sides, but I do not assert that. I just wanted to show that there are examples that fall within each category, and that they can be ranked in some sort of relationship to each other.”

The reality of news and political media is a considerable difference between far right and far left. I’ve moderated large online communities and worked for media organisations where I’ve seen letters from the public, and in every case those on the far right vastly outnumber and out-extreme those on the far left. They are also significantly more abusive when it comes to threats and flaming. As Jeffrey Poehlmann puts it on Quora:

Extremists tend to be very dogmatic, and dogma leads people to favor the “party line” over truth, every time. Dogma requires a lack of individual thought, even demands it — this is as true of politics as it is of religion. There is always willful ignorance involved.

The Left tends to have fewer of these individuals for the supposed reason that the Left is more intellectual, that it is typically more educated and populated with academic types than the Right. However, the truth of the matter really is that the Left has moved toward the Center very dramatically over the past 30 years, leaving far fewer people at the outer fringes of crazy land.

Jeffrey dismisses the “Left=intellectual” argument, but there is research to to support it. Wikipedia has an interesting article on the biology of political orientation.  This is not to deny that there are very smart people on both sides of the political debate.

But when it comes to “crazies”, things simply aren’t equal.

Anyway, back to this graphic. Digging deeper into the “Red Rectangle” sites, the far-right-wing sites rank much higher/have far higher traffic than the far-left-wing sites: 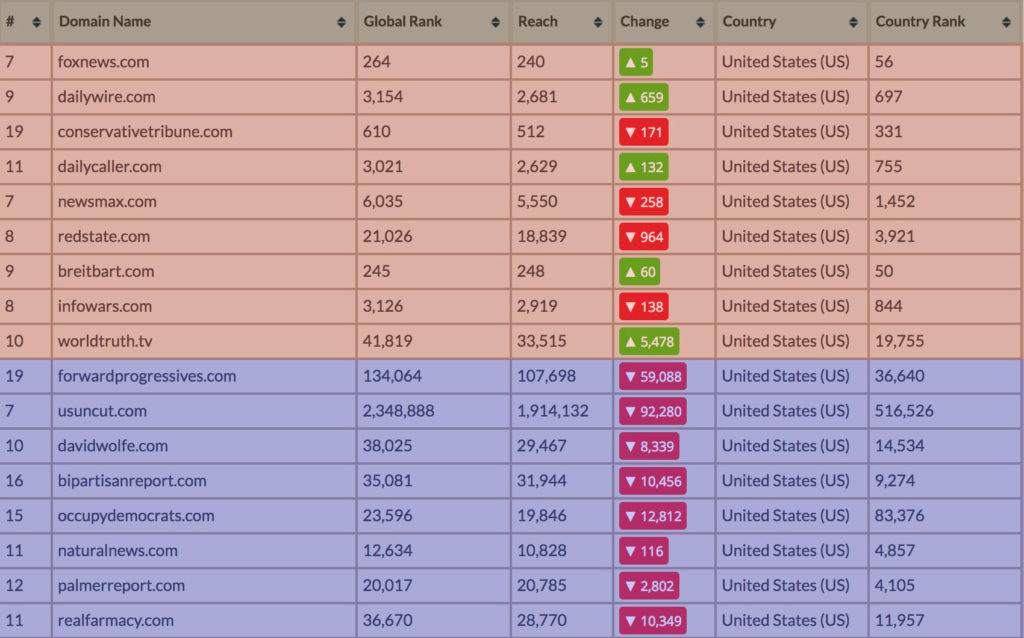 Vanessa plans to put out a future version of the infographic that ranks by popularity, which would be fascinating to see.